Rather belatedly is this short post on the June DEAG meeting, especially
as the July meeting is only six days away!

Nigel and David (E) spent the evening discussing and playing with DCC
chips, reprogramming one of David's locos to improve the running for
Expo 2mm. The photo shows Nigel contemplating the meaning of life! 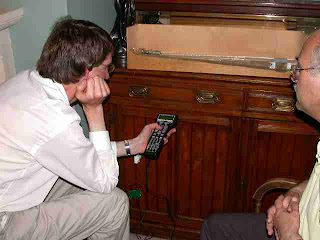 The following photograph is of David Short's J72 which was running at
Expo 2mm on his embryo layout, Aidensfield. 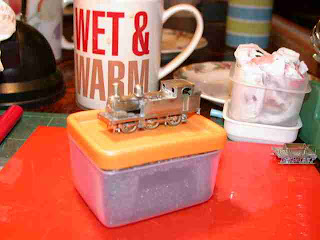 Tony was working on a GER coach kit, from David's (E) range of etches.
He is shown using a simple right angle jig to hold one coach side and end
together whilst the second photograph shows them being soldered. 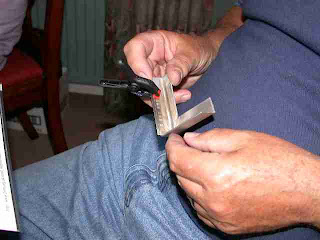 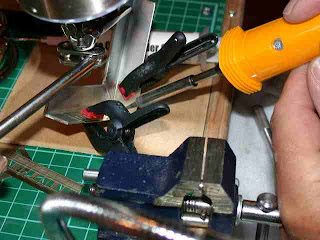 The final photograph shows my slow progress with the GWR shunters wagon. 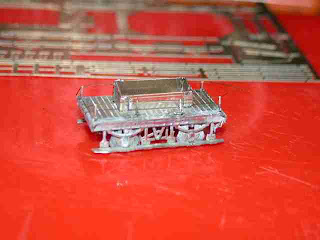 Expo 2mm is now history and what a wonderful two days of 2mm scale
models it was. I did not take any photographs but if you click on the
Golden Jubilee logo you will be taken to some that Mark Fielder has posted.
Posted by Peter Whitehead at 13:59