Unlike in April, the latest meeting was full house, no elbow room with the table groaning under the weight of 2mm models and tools.

The following photographs show some items that David E is currently working on, buffer stops for the Mid Suffolk Light Railway and a Smythe seed drill from Peasenhall in Suffolk. The boiler is for a J15 and is shown with various chimneys for Great Eastern locomotives. The chimneys are turned in two parts and for more information on how this was done see page 9 of the February 2003 2mm Scale Association Magazine. The final photograph shows a part turned boiler. 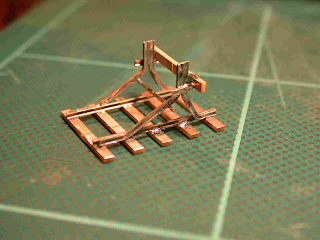 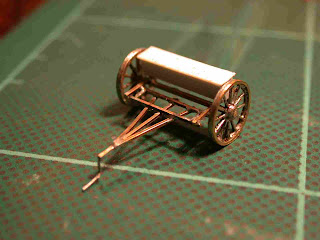 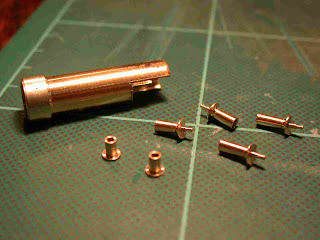 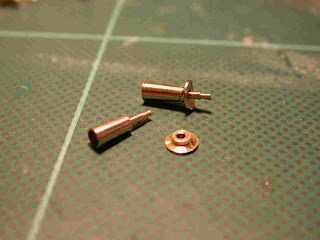 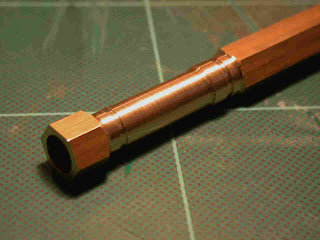 Next David S spent the evening carefully filing a taper on one end of some Association rail to make the switch blades for his layout, Aidensfield. The rail is taped to a piece of laminate flooring which is hard and ideal for this sort of work. The embryo layout will be at the Golden Jubilee Expo in July. 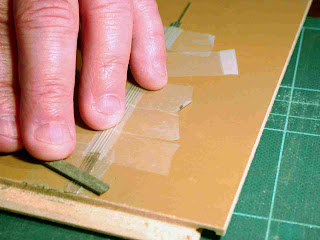 Bill was adapting an N Gauge Society LNER Gresely full brake coach to run on 2mm fine scale track. He had carefully cut the chassis down the centre and narrowed it to achieve a better fit under the coach body. 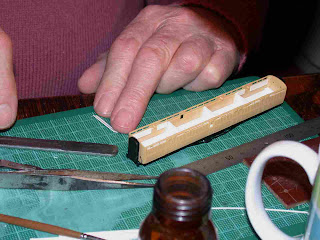 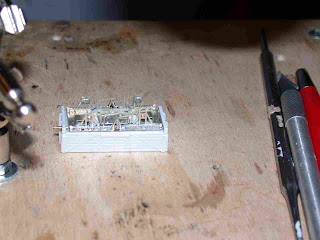 This photograph shows Phil making track using an Association jig held in a vice which makes it easier to get the soldering iron into the joint between the sleeper and the rail. My own efforts are shown in the next photograph, a GWR shunter's truck. I was undertaking the fiddly task of soldering on the stanchions for the hand rails which are 38 swg hard brass wire. Due to the smallness of the etched parts it is not possible to open up the holes to accept bigger wire. The wire is temporarily in place at the moment. 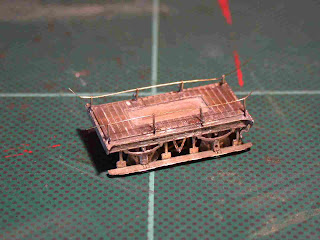 The final photograph shows David E's work board and the various wagons he is currently constructing for his layouts. 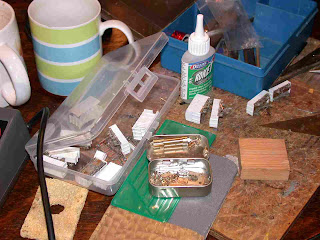 Thats all for now!