It's been some while since the last post partly due to the hiatus in my life, mum in hospital and me going through major changes at work resulting in unplanned early retirement. Still life goes on and the group meet last Thursday, 18 March, and here is a brief report on some of the activities.

Since the last post most members having been beavering away on their current projects but not really anything new to report on until now. Below are some photographs and comments on where some of us are:

First up we have an exquisite GWR Toad brake van, Dia.AA16 from David E's etches. Has he turned his back on the GER and seen the light? The pictures show David's own build and very nice it looks too, I can't wait to build mine! 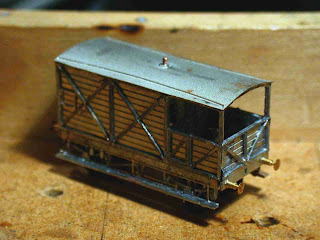 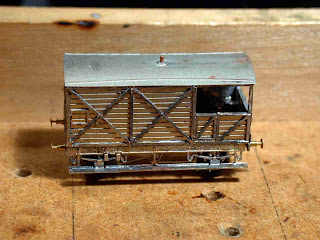 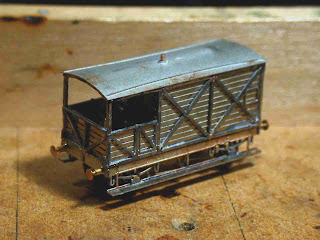 Next we have some Mid Suffolk, ex Metropolitan Railway, coaches again from David's own etches, no doubt to grace Framsden when it is complete. Watch out for this layout at Expo 2mm in July. 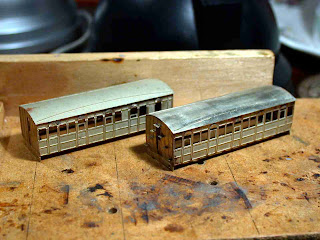 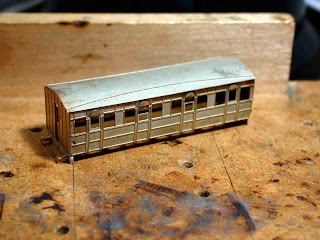 David Short brought along an LNER Lowmac, which is a Chris Higgs designed kit for the 2mm Scale Association. Lots of small parts and careful soldering have resulted in a neat model. 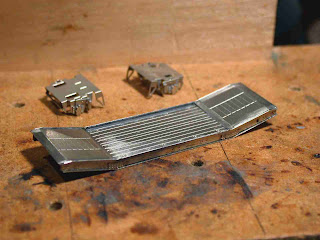 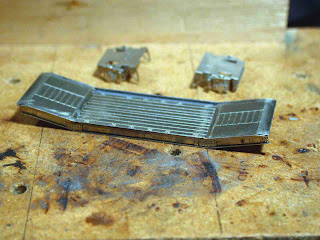 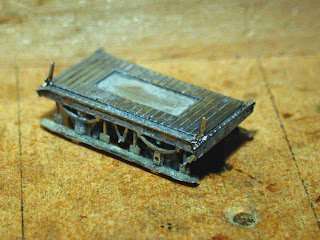 Do come along to The London Festival of Railway Modelling at Alexandra Palace where you will some of these models and more at the 2mm scale Roadshow.

Hopefully I will have more to report from the next meeting.
Posted by Peter Whitehead at 09:06